Labconco has a long history that started humbly—in a garage.

Phil had a knack for invention. He was working on a long metal pipe that held round bottom flasks for a local grain laboratory to remove acid fumes. The process was known as Kjeldahl nitrogen determination.

The salesman and the inventor formed a partnership named Laboratory Construction Company. Their mission—to build and sell Kjeldahl apparatus to the numerous milling companies in the area.

In 1939, Ralph’s son, Redman, joined the business. During his 60-year career, his brand of building relationships, serving customers and caring for people helped the company thrive.

In 1957, Labconco, as we came to be called, outgrew the garage and moved to our present headquarters in south Kansas City. The modern era began.

We expanded from agricultural labs into other scientific markets. In the 1960s, Labconco introduced a series of fume hoods. They were lined with durable molded fiberglass, a signature feature still found in our Protector Premier line. Other equipment made with molded fiberglass, such as glove boxes, quickly followed. 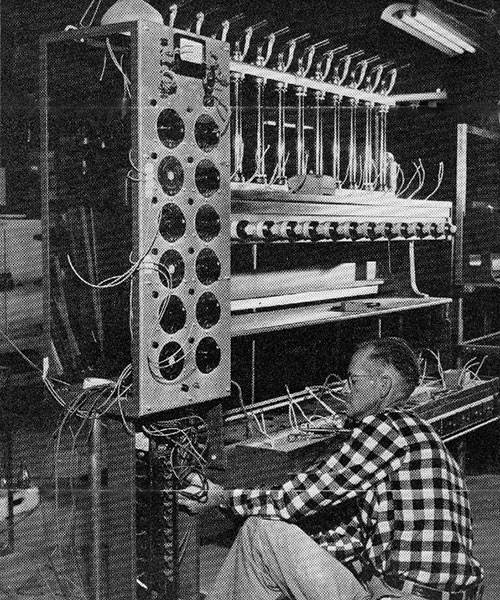 Along the way, we established enduring relationships with laboratory supply dealers. They expanded our geographic reach and passed along product ideas suggested by their laboratory customers.

In 1989, we acquired Buchler Instruments, and with it, the expertise to add evaporators and centrifugal concentrators. Our product lines were expanding and becoming more diverse.

Labconco stays the course with our mission to make superior quality laboratory equipment. More recently, a first of its kind—Purifier Axiom Class C1 Biosafety Cabinet—became another example of our commitment to innovate for science.

Today we stay close to the core values that Redman Callaway instilled in us—we care about our customers, superior quality and our people. That’s what grounds us and keeps us growing.

See our brochure to find out more about who we are and what we do.